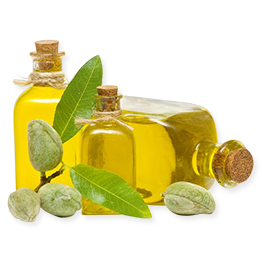 For Online Shopping   For Bulk Enquiry

What makes it so unique compared to other seed oils is that jojoba oil is structurally and chemically very similar to the human sebum produced by the sebaceous glands in our skin because sebum is also largely comprised of wax mono esters.

Jojoba oil is non-toxic, non-comedogenic and non-allergenic. This means that it will not clog pores and will not cause any allergic reactions. It is also not an irritant, so it can safely be used around the eyes and on the skin. In addition to that, it does not cause a greasy feeling when used on the skin like other oils do.

Jojoba oil is an antioxidant and protects you from the damaging effects of free radicals, which is believed to contribute or cause various chronic diseases like cancer

Most bacteria including Staphylococcus Aureus and the fungus Candida Albicans cannot reproduce and die when they come into contact with jojoba oil. In fact, it is so antibacterial that it can be used as a fungicide to control mildew.

Moisturizer – After dispensing any facial moisturizer onto your palm, try adding a few drops (I use 6 drops) of jojoba oil to make it into a super moisturizer. Flakiness will subside and the moisturizer will have an improved feel on your skin.

Make-up remover – Since jojoba oil is not an eye irritant, nor allergenic, you can use it to remove eye makeup. It also easily removes foundation, blush, and lipstick.

Lip balm – I use jojoba oil as a lip balm all the time. I just put a few drops on my finger and apply to my lips. Lots of lip balms tend to contain comedogenic (clogs pores) ingredients, so jojoba oil is a nice alternative. This is especially nice at night because, excuse the grossness, but if you tend to slobber when you sleep whatever you put on your lips will come into contact with your face. Jojoba oil is great for this purpose. As a side note, if you need major help with dry lips, pure petroleum jelly is non-comedogenic and works as well.

Hair conditioner – You can mix a few drops of jojoba oil into your current conditioner or use it on its own. You can also add it to damp hair before drying. Also, you can add it to dry hair to promote shine. Jojoba oil also moisturizes the scalp, helping prevent dandruff.

Shave prep - Put a whole bunch of jojoba oil on your beard area beneath your shaving cream (lather from Acne.org cleanser or other non-comedogenic shaving cream) for a more comfortable shave. This helps prevent razor burn and leaves your skin feeling nice and soft.

Massage oil – I got a massage recently and asked the masseuse to use jojoba oil. She said, “wow, a little of this goes a long way”. Plus I was able to enjoy my massage much more knowing that the massage oil was non-comedogenic. I’ve had no problems with breakouts since.